William Mick | Dec 15, 2018 | Brain Health & ResearchPrint
Drug therapies have been hailed as miracle treatments for many chronic diseases. Similar efforts have been undertaken to find a chemical pathway to combating cognitive decline. But the questions surrounding a recent drug trial for Alzheimer's disease have shown some of the pitfalls of counting upon a silver bullet solution to solving the problem of dementia in older adults.A promising study that had experts cautiously optimistic.

In July 2018, the US-based biotech company Biogen and Japanese healthcare company Eisai announced the results of their 18-month Phase 2 clinical trial of BAN2401, an antibody drug intended to combat the build up of beta amyloid plaque in the brain. Long believed to be a cause of Alzheimer's disease symptoms, beta amyloid peptides are thought to accumulate in the cerebral cortex of patients with Alzheimer's, interfering with nerve communication and ultimately killing critical neurons.

Remarkably, the BAN2401 trial showed the drug reducing the creation of new beta amyloid clusters, while also reducing existing clusters by an average of 70%. The drug also improved cognition slightly in test subjects when compared to placebo results.

One unique feature of the BAN2401 trial compared to other Alzheimer's drug studies is that it used subjects with very mild cognitive impairment. That made improvements in cognitive ability and mental function subtle and challenging to measure. In addition, the experimental and control groups in the study may have been artificially skewed by the demands of regulators who wanted to protect certain subjects who might have been genetically at risk due to exposure to the drug. This conceivably placed more people who were susceptible to cognitive decline in the group given the placebo instead of the drug. As a result, many Alzheimer's researchers were reluctant to hail BAN2401 as a breakthrough, but admitted it could be a promising platform for further study. Biogen and Eisai have plans to move ahead with Phase 3 of the BAN2401 trial, alongside continuing trials for another anti-amyloid drug from Biogen called aducanumab.

Targeting beta amyloid in various ways, whether to remove it from the body or to stop it from developing, has been the goal of numerous drug trials in recent years. The results have been disappointing:

2013: Pfizer stops development of the antibody drug bapineuzumab after Phase 3 trials show it is no better than a placebo in making cognitive changes.

2016: Eli Lilly puts the brakes on solanezumab after poor results in a study with 2100 patients.

2017: Merck ceases testing of its BACE inhibitor verubecestat after a study concludes it had “virtually no chance” of helping patients with late stage Alzheimer's disease.

2018: Johnson & Johnson ends development of its BACE inhibitor atabecestat after discovering the potential for liver damage in patients enrolled in the study.

After such failed outcomes in so many high-profile trials, it is understandable that the early results for BAN2401 were met with such hope that a breakthrough was finally in sight. The reality, however, is stark: to date, the failure rate for Alzheimer's drugs is 99.6%. And none of the five drugs so far approved by the FDA to treat Alzheimer's disease has been shown to slow its progression.

The solution to cognitive decline will be multifaceted.

Fortunately, the fight for cognitive health continues on multiple fronts. Drugs may someday play a major role in treatment or prevention of dementia, but they will be joined by therapies that include lifestyle changes that encourage physical activity, a nutritious diet of brain healthy foods, socialization to combat loneliness and stress, and medications to treat dementia comorbidities such as heart disease, diabetes, and chronic inflammation. Most of these tools don't require a research breakthrough years down the road --- they are available now for those seniors and caregivers who grasp the opportunity to take advantage of them.

Early diagnosis is essential. The first step is a visit to the doctor for an assessment of an individual's physical and cognitive health. That diagnosis will help health professionals and caregivers develop a lifestyle plan with all the elements necessary to live the best life possible, ideally for decades to come. 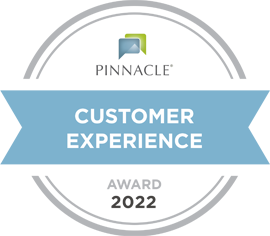